Marianella is an editor and a keen athlete from Costa Rica. In January 2015, she woke up with a terrible headache, but managed to go to work. Around midday her headache retuned with such force that it knocked her out. “I woke up the next day in the hospital. I didn’t know why I was there, but I was wearing a housecoat and had needles in my arms and there was uncomfortable equipment attached to my neck.” The “uncomfortable equipment” was an external pacemaker and it was keeping her alive, but it was clear that Marianella needed to be fitted with an internal one.

She had suffered a bradycardia—a dangerously low heart rate, which resulted in a lack of oxygen to her brain causing a blood clot there. She was fitted immediately with a BIOTRONIK ProMRI pacemaker. Marianella thought that the devices were strictly for old people and, at first, hated that she needed one. “I was telling myself: ‘How can a young athlete have a pacemaker? This is not okay! Only old people have pacemakers!’” 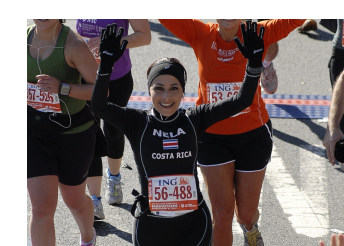 Now though, she embraces the “wonderful piece of technology” that is protecting her life every day. “It has completely taken care of the bradycardia. I don’t even think about it anymore.” And she is “very lucky” to have survived the blood clot so unscathed. Her memory was largely unharmed. Peculiarly, the only damage done was that she forgot the words to songs. Perhaps even more importantly for her though, she is back running marathons again. In November, 2015 she completed the New York City Marathon.

The ProMRI technology means that cardiac device patients can even safely undergo MRI scans. That’s extremely important for younger patients who might need an MRI later in life.

Feeling safe even while traveling – with Home Monitoring

“My kids are happy to know that there is a monitoring system.”